The 2022 Population and Housing Census preliminary results released by Statistics Botswana today show that the estimated population of Botswana has increased from two million in 2011 to 2.3 million in 2022. This constitutes an increase of 15.9% over the period between the two censuses.

According to Statistician-General Dr Burton Mguni at the current rate of growth, Botswana’s population will take approximately 58 years to reach double the current figure. The preliminary report shows the annual population growth rate between 2011 and 2022 is estimated at 1.4 percent, indicating a decline from the 1.9 percent estimated in 2011.

The results further show that Mogoditshane is now the largest village in Botswana with an estimated population of 88,098 followed by Maun (85,293), Molepolole (74,719), Tlokweng (55,517) and Serowe (55,484). During the 2011 Population and Housing Census, Molepolole was the largest village in Botswana, followed by Maun, Mogoditshane, Serowe and Tlokweng in that order.

Some villages have registered significant growth rates between the two census periods. Among these are Sese, Modipane, Kazungula, Oodi and Shashe Mooke with nine, 7.2, 5.7 and 5.3 percent respectively. These are villages surrounding cities and towns except Kazungula.


“The proportion of the total population living in the capital Gaborone declined by a percent from 11.4% to 10.4% over the same period.

The urban centres of Francistown, Lobatse, Selebi-Phikwe, Orapa, Jwaneng and Sowa have also seen modest declines between the two censuses."

The decline is attributed to global COVID-19 related issues as well as the declining numbers of government-sponsored students studying abroad.

Two BCP activists battle it out for Moselewapula

Chairman quits as battle for Letshego goes to the wire

'A musical battle of generations' 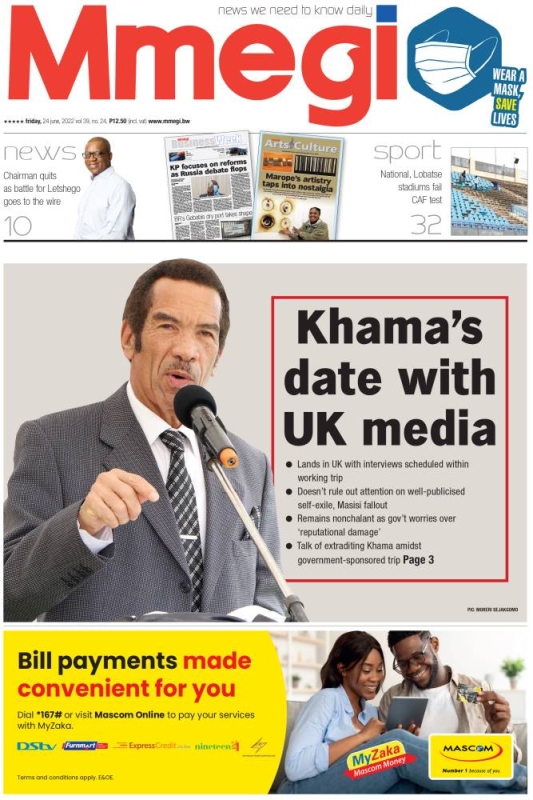